PrepNet Virtual Academy (PVA) was fortunate to find Dan Marcus, a teacher with 45 years of experience, who retired in 2018 from a brick-and-mortar school. But Marcus found he wasn’t ready to quit teaching. He spent the past two years working as an online teacher and started this school year with PVA.

Marcus lives in Monument, Colorado. He received the Distinguished Alumni of the Year award at Metropolitan State University (MSU) of Denver on Oct. 2. He received his B.A. in elementary education in 1977. The 3-page nomination from Caryn Collette, a former principal at two of the schools Marcus taught, speaks highly of him.

“Whatever Dan does, he brings unmatched enthusiasm, expertise, and integrity to it,” said Collette. These are unprecedented and challenging times that have revealed the courage, dedication, and selflessness of educators, and Dan Marcus is the consummate teacher.”

Marcus is a math teacher for PVA, serving grades seven to 12. He has taught many grade levels and subjects throughout the years. He started out in elementary education in sixth grade for six years, then fourth grade. He became an administrative intern for a year and learned quickly that he did not want to go into administration.

At that time, Marcus got certified in secondary mathematics. He got into secondary because he had a passion for coaching and wanted to coach high school baseball which he did for 25 years. He also got his endorsements in career and tech ed in audio video, film broadcasting, and journalism.

“That was my latest stint, before I retired from brick-and-mortar, was to run a student-produced broadcast program at a high school in Colorado where the kids did the daily broadcasts and created their own films. I also was still teaching math classes as well,” said Marcus. “You name it, I’ve done it.” 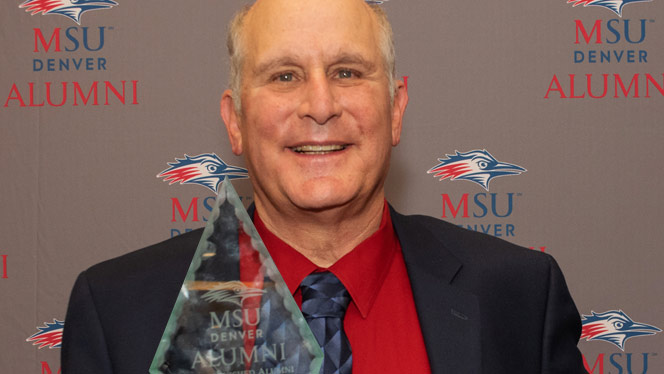 Marcus’ work and dedication over the years has been recognized and awarded by many organizations besides this Alumni of the Year award from his alma mater.

Marcus was nominated and selected as a finalist for the Wallace A. Bacon Lifetime Teaching Excellence Award in 2017. His experience was shared in “Making the Grade,” featured in MSU Denver's digital publication, RED Magazine. The Wallace A. Bacon Award was created by the Legislative Council in 1991. It was designed to recognize that a lifetime of outstanding teaching should be encouraged and honored.

In his MSU nomination, Marcus is called a pioneer in the area of film and TV classes at the secondary level. His students have gone on to win national awards for the work produced in his classes. Marcus and his students were featured on NBC Today Show for a public service announcement (PSA) his students created. It’s called “You are Beautiful”, regarding the issue of eating disorders. The film was selected as Best Middle School PSA at the 2013 My Hero International Film Festival. 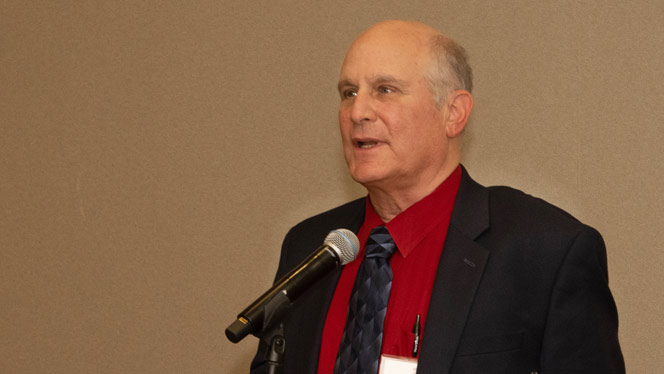 Marcus had another project that was near and dear to his heart. His students documented the first-hand recollections of 128 veterans of the U.S. military through interviews that are now archived at the American Folklife Center of the Library of Congress as part of the Veterans Oral History Project. This project was tackled and completed by students from the multiple secondary schools Marcus taught at throughout his career. As a result of his student interviews, Marcus received a letter of commendation from Colorado Congressman Ed Perlmutter who was highly impressed that Marcus’ middle school students were able to produce their interviews at a level equal to, and in some cases surpassing, those submitted by college students.

Marcus was also voted “Best Teacher in Elbert County” in 2017 and 2018 by the readers of Colorado Community Media and was selected as the “2010 Colorado Big Brother of the Year” in recognition of his volunteer work with at-risk youth.

“I am humbled by my former middle school principal who took time to write the nomination letter, Caryn Collette. She attended the alumni award lunch, bless her heart. She was my principal for many, many years here in Colorado, before I retired. She submitted the ‘novel’ that got me nominated,” said Marcus.

Marcus had two former students who attended the event. Megan Elisabeth Kelly who recently launched her acting career in Los Angeles is a character in the Netflix drama “Intrusion.” “She has a big supporting role. It’s pretty cool to see a former student on TV,” said Marcus. 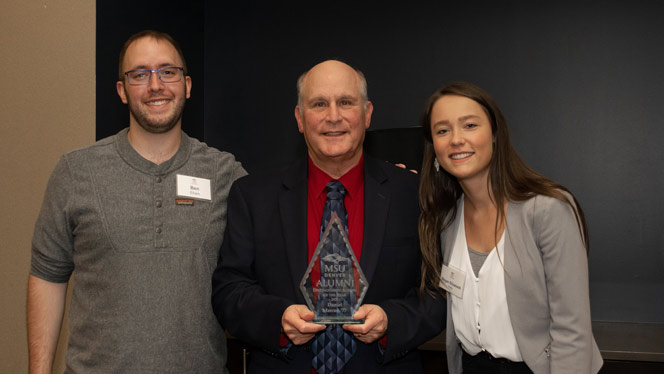 Ben Efram, a former student at Lewis Palmer Middle School, attended as well. Throughout his high school years, he worked as a volunteer teaching assistant one day per week. He traveled to the middle school and assisted with Marcus’ students during their TV/Film Production class. “Ben is presently a studio manager who assists with the mitigation of wildfires by building remote broadcast stations in the wilderness,” said Marcus.

Of course, Marcus’ wife Deb was there to cheer her husband on and listen to his acceptance speech. Deb and Dan have been married for 45 years. They have an adult daughter Mindy who owns a dance studio and was also there to cheer her father on. They have two West Highland terriers that keep them busy.

Marcus commented on what has changed in his 45-years of teaching, “It feels very cyclical,” he said. “I was in the NHA Math department meeting last week and we were talking about math mindsets. We didn’t call it that back in the 70s, we called it problem solving, but it’s the same thing. It’s amazing how things go around in a circle.” 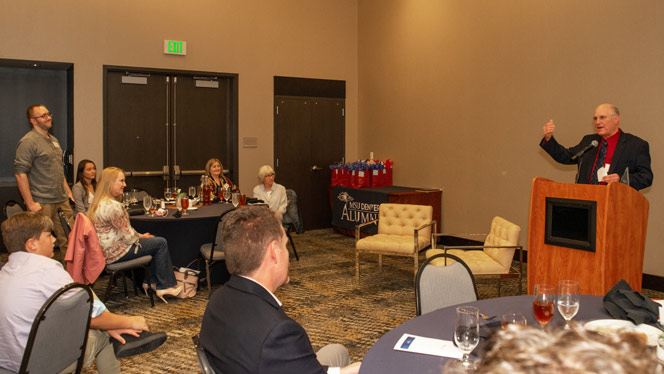 Marcus believes that math and video are a good balance for him. When asked recently what club he’d like to sponsor for PVA, he jumped on the opportunity of the film club.

“I love what I am learning about the PrepNet Virtual Academy’s culture. The fact that they base everything on the Moral Focus virtues. When we are constantly talking about respect, ethics, wisdom, perseverance, courage, compassion, and integrity, it fits right in when you’re a teacher,” said Marcus. “They're constantly reinforcing the Moral Focus part of learning, and I think it’s tremendous. I've never been involved in a school or school district in all 45 of my years that really put the focus on ethics like NHA does. NHA can give themselves a pat on the back because that is not something you see as part of the regular curriculum at other schools.”

Dan Marcus and NHA are a good match because someone with so much dedication, compassion, and desire to keep teaching chose NHA. Mr. Marcus you deserve a big pat on the back as well – congratulations on this and your many other awards!
Share
Tags